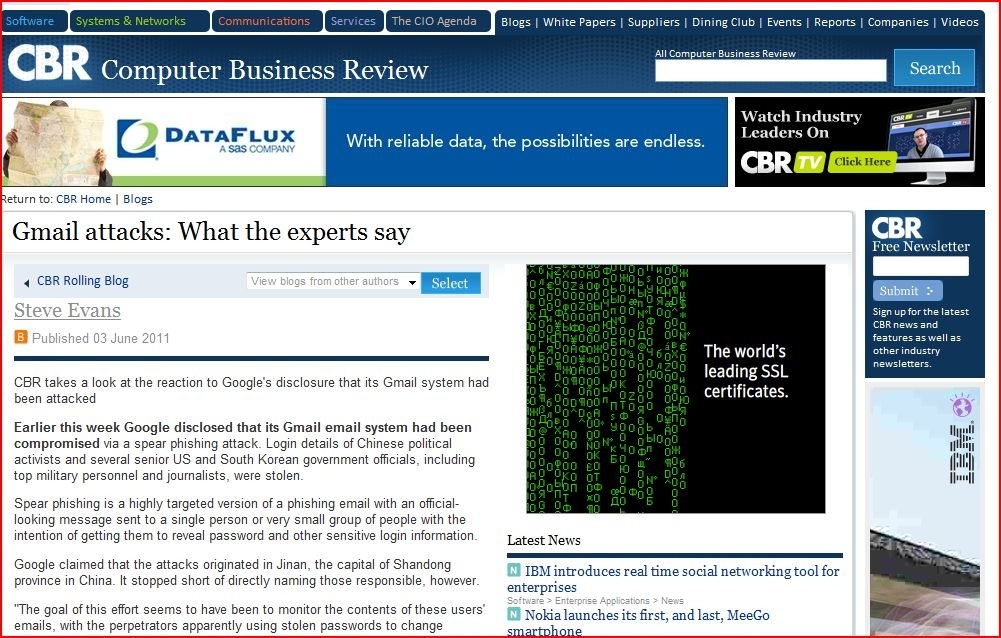 Earlier this week Google disclosed that its Gmail email system had been compromised via a spear phishing attack. Login details of Chinese political activists and several senior US and South Korean government officials, including top military personnel and journalists, were stolen.

Spear phishing is a highly targeted version of a phishing email with an official-looking message sent to a single person or very small group of people with the intention of getting them to reveal password and other sensitive login information.

Google claimed that the attacks originated in Jinan, the capital of Shandong province in China. It stopped short of directly naming those responsible, however.