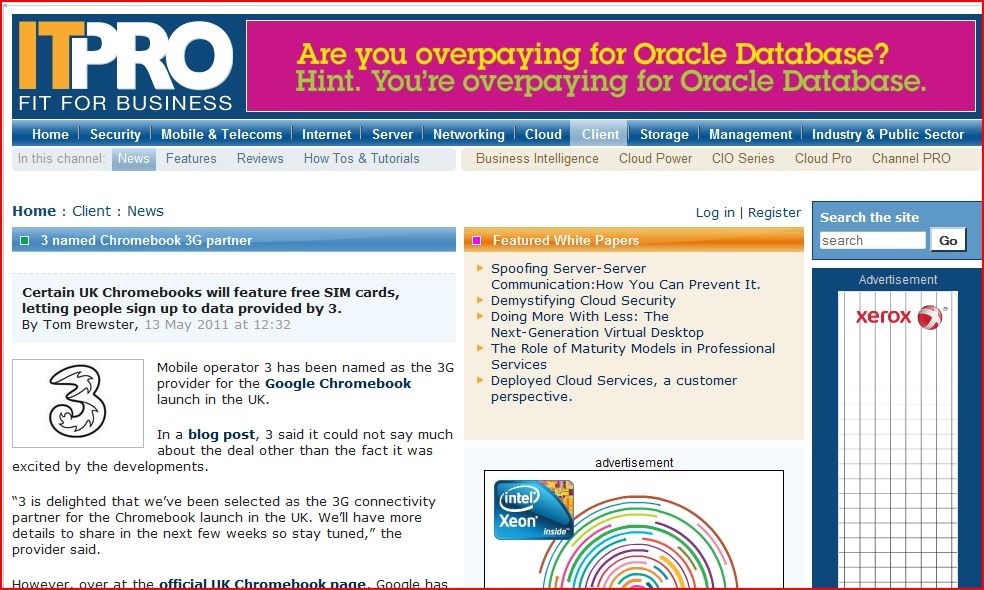 ITPro - Mobile operator 3 has been named as the 3G provider for the Google Chromebook launch in the UK.

David McLeman, from Google partner Ancoris, said the Chromebook marks the end of the typical desktop refresh that most organisations face every three or four years.

Before todays announcement an organisation with 100 employees would spend £165,800 over a three year period purchasing and maintaining desktop PCs, he added.

Googles announcement of the Chromebook at a cost of $28 per user per month for a device requiring no capital expenditure, no additional OS licencing costs, no patching and without an expensive three year refresh and OS upgrade including hardware replacements and upgrades suggests a saving of at least 50 per cent over the traditional Windows desktop.