Why you should use geolocation instead of GPS

Most maps-based apps use GPS to locate and track devices. But sometimes GPS isn't available. For example, if you're in the middle of a city, skyscrapers can block your line of sight to enough GPS satellites to get a fix on your position. GPS circuits and sensors are also relatively large and power hungry, so you can't use them to track anything where size and weight are an issue.

When GPS doesn't work, what you need is geolocation. Instead of looking for GPS satellites, geolocation sniffs out signals from WiFi routers, mobile phone towers and beacons. By combining the strength of the various signals being detected with knowledge of where they're being broadcast from, you can calculate how far you are from each signal and triangulate to get a fix on your position. As well as working in areas where GPS coverage is patchy but there are lots of WiFi signals, like city centres, geolocation devices are also much smaller and lighter and use less power.

Businesses that are already taking advantage of geolocation today, using the Google Maps Geolocation API, include:

If you want to find out more about geolocation, come and talk to our Google Maps specialists. 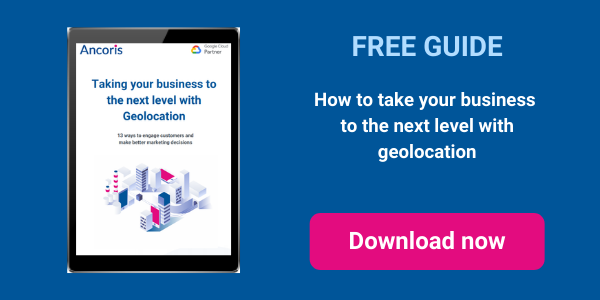 Looking to make better use of the data you already collect? Our data and analytics experts have distilled their extensive experience into 7 rules for success.