7 reasons why non-profits are moving to Google Workspace

In the online roundtable we co-hosted with Google Cloud, we asked three non-profit organisations to share their experiences of moving to Google Workspace (Formerly G Suite).The participants were:

There’s no need to ask for access to documents, worry about whether you’re working on the latest version, or spend time collating feedback. For non-profits or what Pearson called the “constant hamster wheel” of making funding applications, Google Workspace lets everyone work on their sections without having to worry about what anyone else is doing. That allows the organisation to make more bids and has increased the number of bids that have been successful.

It’s easy for users to move seamlessly between email, chat, video calls and discussions in comments. The immediate availability of video meetings using Google Meet proved a particular benefit as users moved to working from home during the Covid-19 pandemic.

May adds that Google Workspace and especially Meet have also helped create a “level playing field” for staff who are not based at head office. Instead of feeling at a disadvantage in terms of being “present” and getting their voice heard compared with colleagues sitting around a table in a meeting room, everyone is now on an equal footing — something the charity hopes to maintain even when meeting in person is possible once more.

Citizens Advice Manchester originally moved from Office on the desktop to Office 365, but Pearson says it was too easy for staff to keep working in old, inefficient ways.

Moving to Google Workspace pushes people to take a fresh look at how they work and adopt improved processes and working practices. He adds that tools such as Forms and Sites are so easy to use that. they encourage people to use them to solve issues like gathering data from colleagues or creating FAQ pages with no need for input from IT specialists. 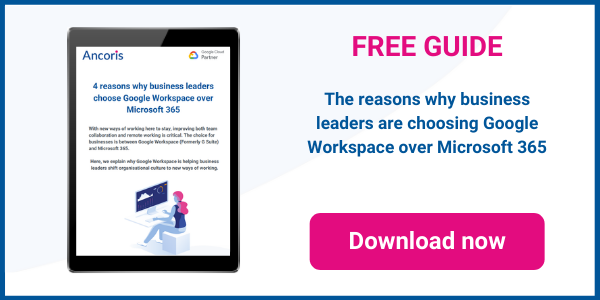 No sterner test of this came than when the UK went into lockdown in response to the Covid-19 pandemic. All three organisations found that running Google Workspace helped make the transition to working from home relatively straightforward.

Moynihan says the RSPCA was able to empty its head office, which normally houses around 500 people, in a matter of days, aided by having also adopted cloud telephony, with minimal technical work required. Speaking six months later, he points out that everyone is still at home and, equally importantly, performing.

5. Manage IT more easily and simply

There’s no need to spend time managing on-prem servers or implementing new software releases and patches. Because Google Workspace runs in the browser, there’s also no need to install or configure anything on user devices. And the mobile device management features in the Admin Console make it straightforward to keep control of end-user devices.

Pearson describes it as going from just keeping things ticking over to being able to use technology to help with the organisation’s mission and empower users.

Moynihan says that, having started with 900 users during the initial deployment, Google Workspace is now being used by 1800 staff.  In heritage systems, adding and removing users can be very cumbersome. Doubling the number of users in a traditional on-prem set-up would be a major project, but it took the RSPCA just 10 minutes.

For Citizens Advice Manchester, which often receives grants to run projects for six or twelve months, being able to pay for licenses for only as long as it needs them is another big advantage.

The basic version of Google Workspace is free for non-profits, while the IT team will be spending less of its time and budget on simply keeping the lights on. All three organisations have reduced their management overhead and costs still further by moving from Windows desktops and laptops to Chromebooks.

What is their collective advice?

Of course, making such a big switch is never completely straightforward. May, Moynihan and Pearson all have plenty of good advice for their peers:

Finally, Moynihan captures the experience of all three organisations when he says Google Workspace has been a game changer in terms of the relationship between IT and the rest of the organisation. As IT professionals, they want to be able to say “yes” to customers. In the past, when users asked whether something was possible, the answer was all too often that it would be difficult or less than satisfactory. With Google Workspace, the answer is almost always yes.

Ancoris is only one of a handful of European Google Cloud partners with the Work Transformation Enterprise specialisation.  Our deployment experts will help you make a smooth transition―for the technology and for the people using it.

A business is only as good as its people – so why not make them extraordinary? Empowering them to work better together not only unleashes their talent and creativity but makes them your competitive advantage. The modern, easy to use applications in Google Workspace make real-time collaboration a breeze. Combine Google Workspace with Chrome Enterprise and you've got the most secure and mobile workplace.

To complement our technical service delivery consultants, we have a dedicated in-house change management and user enablement team to guide you through the process.

If you’d like to find out more about how we can help you to create your own digital workplace, why not take a look at some of our customer success stories or browse our resources. Needless to say, please get in touch with our team if you'd like more practical support and guidance. 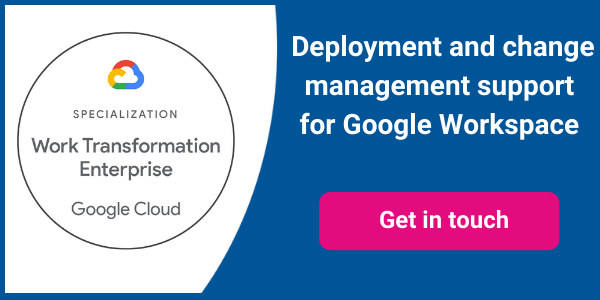 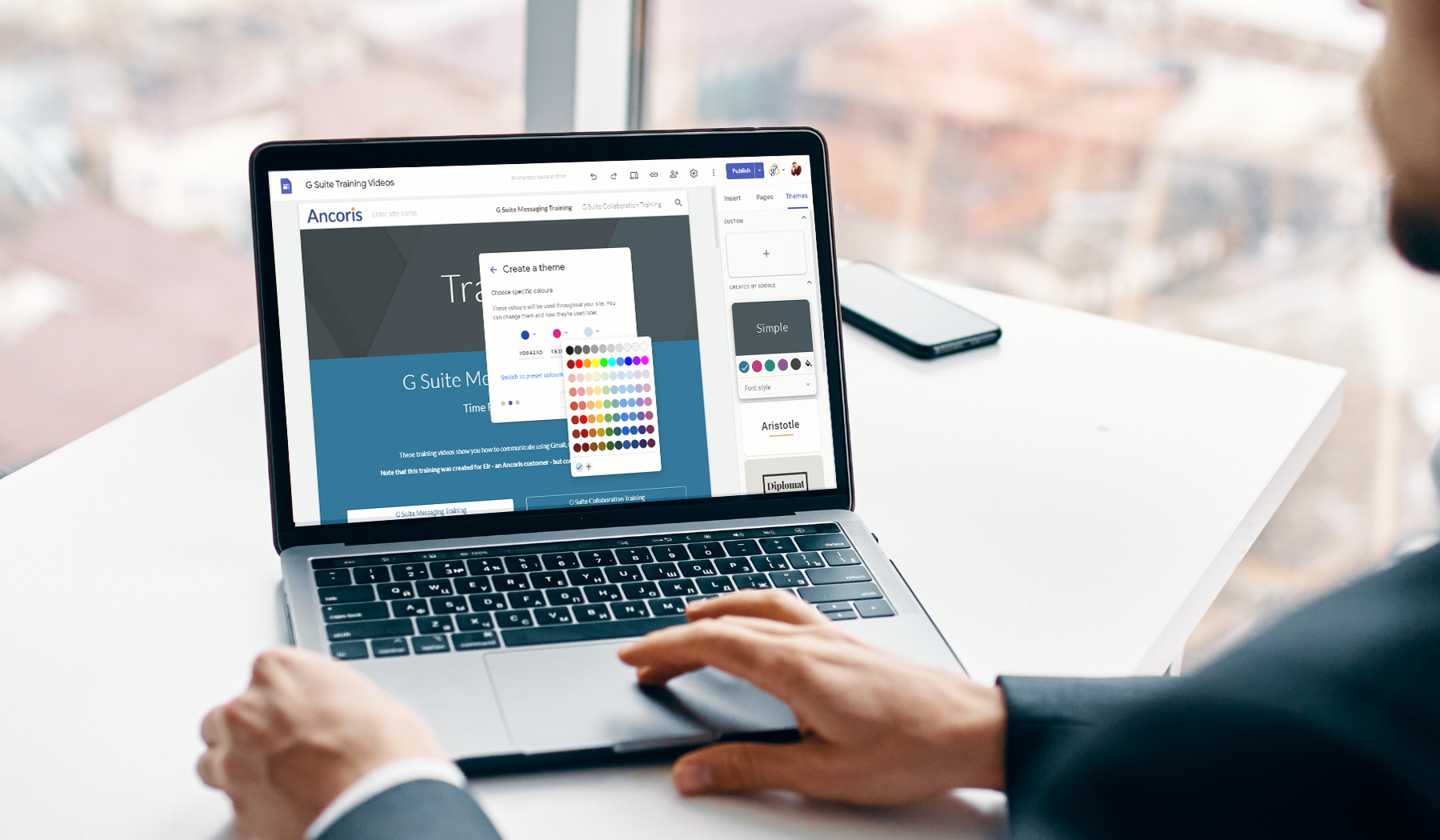 How to format your Google Sites easily using themes 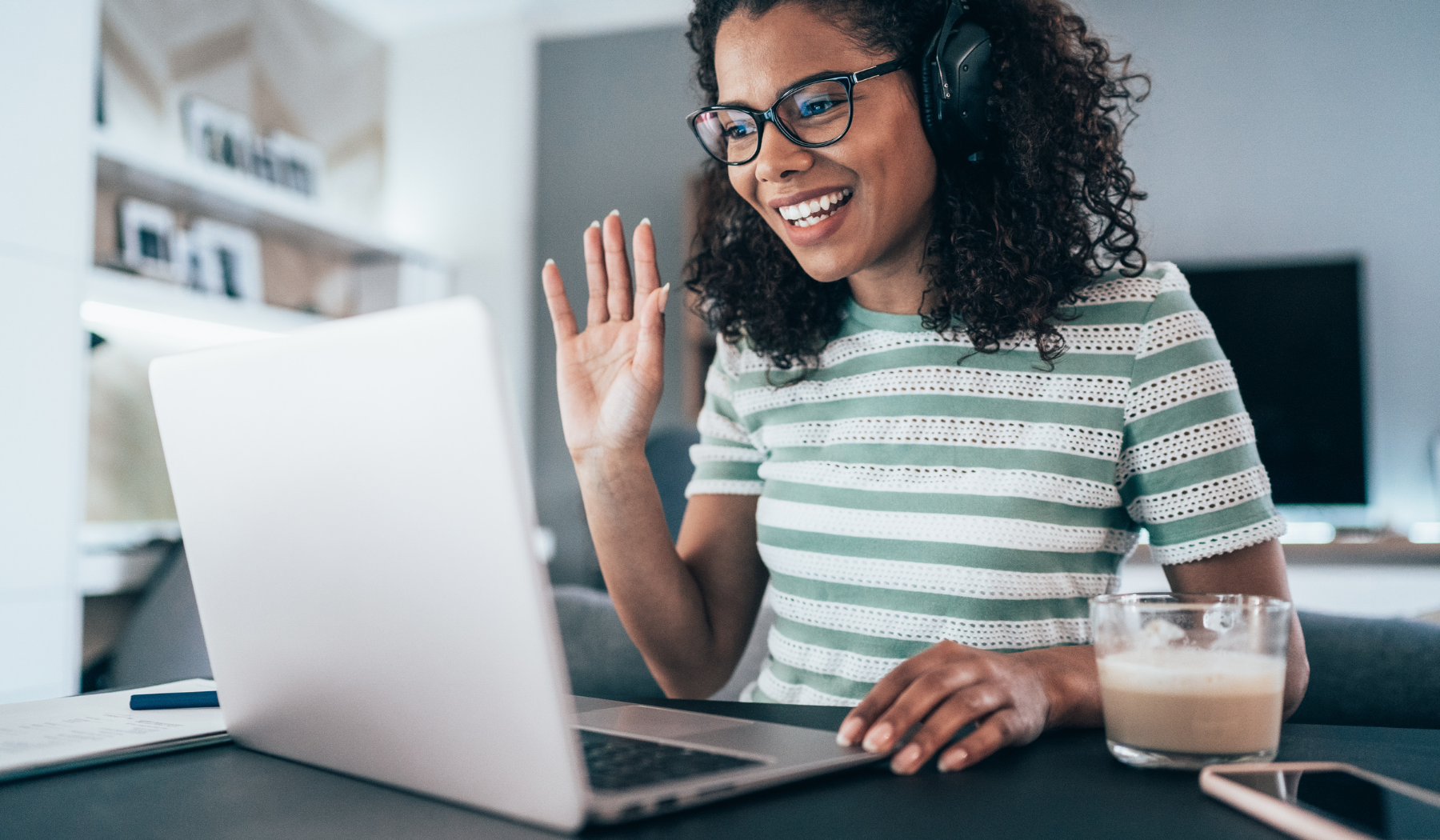 5 challenges of hybrid working you can solve with Google Workspace 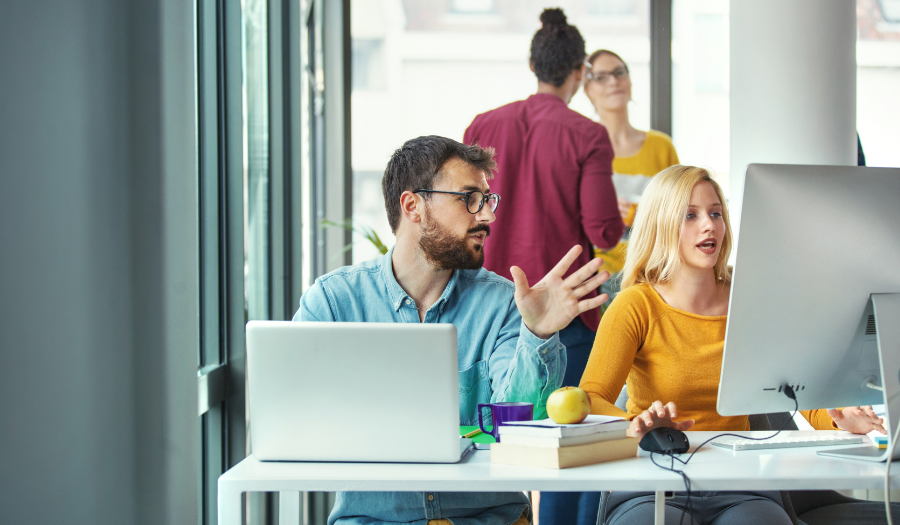 How to use the new Google Calendar

Accessibility in the workplace

Achieve an accessible workplace with IT solutions for a diverse workforce

Work better together with an integrated workspace

Airbus has chosen Google Workspace over Office 365. Find out why.

Some learnings from Ancoris approach